How peace studies helps us build political enquiry in a General Election campaign.

Peace, nonviolence and peacebuilding are underpinned by values of listening, acknowledging the ‘other’ and seeking creative solutions that support everyone to have their needs met. In diverse communities in the UK, countries struggling to reduce violence and those engaged in peace processes, people have worked long and hard to show the importance of dialogue and conversation, of inclusivity, and how to create ways of acknowledging the continued existence and worth of the ‘other’. They do this because we know that these are processes which encourage participation, willingness to build relationships and can lead to long term change. These are the same values we profess to want from politicians.

The UK is already a conflict ridden country. The very close referendum results on Scottish independence and leaving the EU, the increase polarisation in the media and physical attacks, and increase in inequality all indicate the depth and breadth of the conflicts. The General Election, whatever the outcome, will add to these conflicts. So what do we do?

Firstly, we need to have conversations and understand that everything is more complex than can be explained through an ‘us’ and ‘them’ lens. A contribution of peace studies is to show the complexity, the web, the many perspectives on every problem and issue. The General Election reporting or questioning will be trying to find out the exact policies and differences between parties but we, the people, can refuse to accept that simplicity and we can ask about their alliances (who else do they work with), their perspectives (how have they formed these views), how do they think healthcare relates to education, or how international aid relates to security. We can examine and question their statements in the light of the many existing conflicts – are they likely to bring us solutions to the conflicts, or fan the flames of dissent?

Secondly, change and influence is an uncertain process. Peace studies shows us that where there is conflict there is no single route or path through it, that it exists in cycles, and that everyone plays a part. Peacebuilder John Paul Lederach gives us the concept of ‘critical yeast’ when exploring ways to reduce and transform conflicts. His work has shown him that we need to be alert to the opportunities, conversations or people where the actions may seem small, but they have a huge impact. He uses the idea of yeast because the small contribution of yeast in baking creates a huge change. For example in this General Election time, someone with good community relationships, or a role in the media, or able to connect voters over a single issue may have a disproportionate effect on the campaigns, but yeast needs to be nurtured and have the right conditions to do it’s job. By being open to the uncertainty, being open to nurturing those who can transform conflicts, and being reflective on our own role in how conflict is expressed, we can use the power of uncertainty to

We are living in a country with high levels of conflict. We don’t have to follow the path of division and we do know how to creatively manage the conflict so that relationships are maintained or built (through talking to one another and accepting our differences). There is no certainty in conflict, regardless of the confidence of the parties, the people who are the yeast that can create dramatic shifts live and work among us – we can nurture and support them.

The first step – to Talk About Politics everywhere.

If you like listening and talking about politics then offer an hour of your time at the local food bank or community centre as a start.

The next 6 weeks – what should we do?
The most radical action you can take right now is ‘Talk About Politics‘.

Talk to those who don’t agree with yours well as friends and colleagues – open the conversation.

Find out what they think as well as telling them what you think. There is great power in conversation.

Talk about voting – persuade people to vote. Whoever you vote for you are using some political power that has been given to you by the state.

Talk about oppression – how are poor people treated? what do minorities think about politics? Do you think it’s right that some people control all the money? What rights should workers have? Oppression is real and all around us, and talking about it might help us realise what we want the Government to do. It might help you decide what sort of Government you want.

Talk about the NHS – if you want to keep ‘free at the point of use’, then talk about how its’ being sold off. Talk to workers in the NHS and find out what they think they need from a Government.

Talk about education – What do our schools need, what do our teachers think…and what do our children know about General Election.

Talk about security and the arms trade – Are you happy with us keeping nuclear weapons, with selling arms to regimes that kill their people or neighbours? What security would like us to have?

Talk in the work clubs and the community centres – what do you think the General Election is about, what do you care about. Any idea how to make your views clear to politicians. Invite people in, get cups of tea brewing and a safe place to talk.

Talk in the food banks – is everyone registered to vote – does everyone even know there is going to a be a General Election?
For the next 6 weeks we are living in a political space. The decisions we make on June 8th will have a big effect on us for decades to come. Giving people the information to make a decision is one of the most powerful and radical acts we can do today.

This is a time when party political messages will dominate the media…but real people – us – have real concerns, the things that affect our daily lives, and through talking with one another we will share them, and find out that other people feel just as interested, frustrated, inspired, tired, thoughtful, questioning or fearful as ourselves…and there is power in that sharing.

Why is a conversation going to help?

The political elites (including media) will try to restrict the topics and the issues that we talk about – but it’s not just Brexit and the economy. The everyday things in our lives are part of this General Election as well – the NHS, the need for social welfare benefits, security and nuclear weapons, education – the funding and the value of teachers.

Talking, discussion, sharing our views about politics is something that we are discouraged from doing. In the 1970′s when women started sharing experiences about their lives they created a movement and a momentum that changed the social structures of the UK – People talking together creates power and changes the way we live.

Let’s put oppression in the conversation. Let’s make the UK a political space. 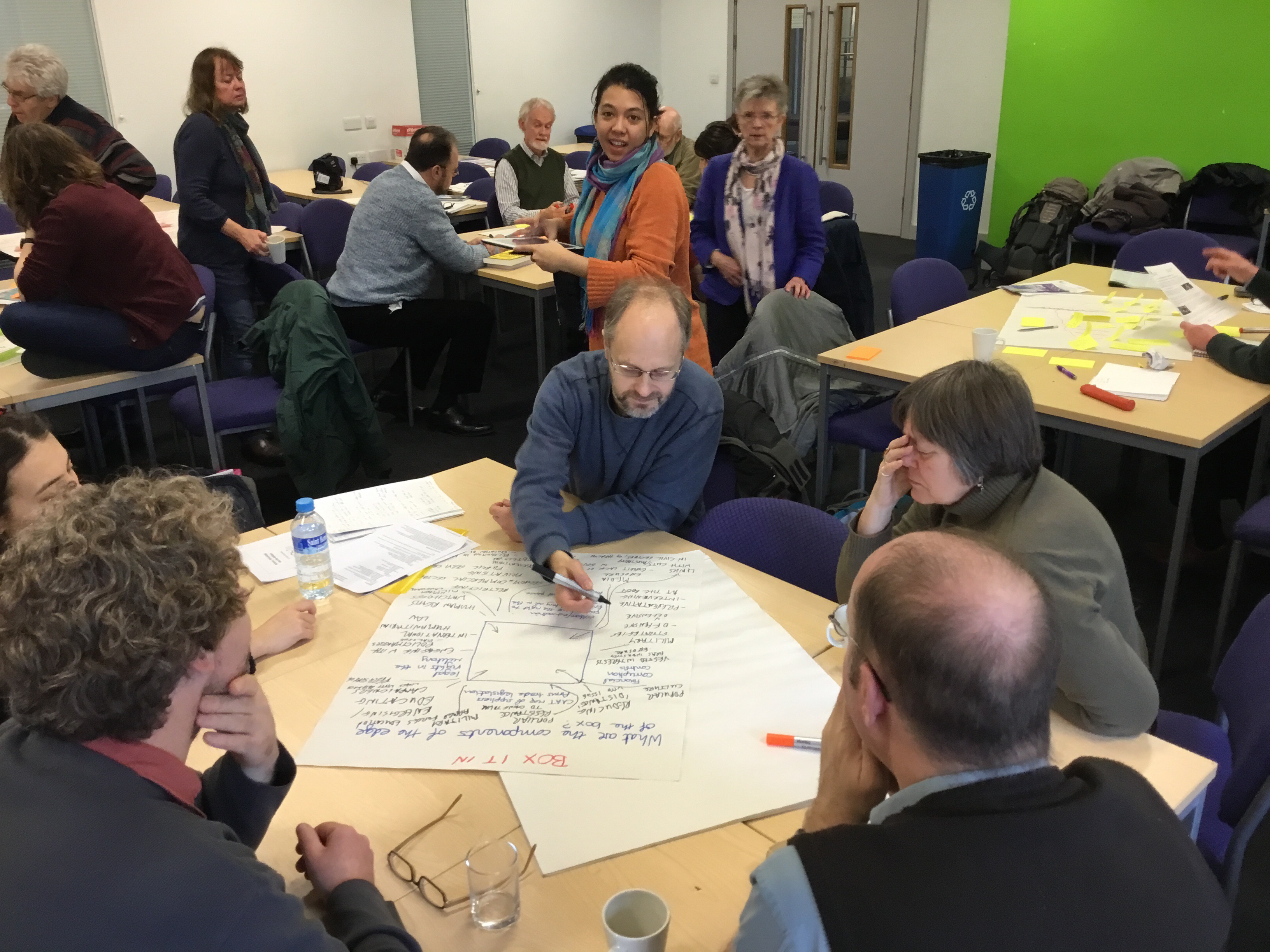