Rachel Julian, Senior Lecturer in Peace Studies at Leeds Beckett University and expert in unarmed Civilian Peacekeeping was invited by Dr. Franziska Brantner, Chairwoman of the Subcommittee on Civilian Crisis Prevention, Conflict Management and Integrated Action, a subcommittee of the Committee on Foreign Affairs of the Bundestag to make a presentation on the topic of “Unarmed civilian peacekeeping” at a public hearing on Monday, 14 March 2016 from 16.00 to 17.30 hrs. The hearing was televised on German Parliament Channel on Tuesday 15th March 2016. The other presenters were Ms Tiffany Eastholm from Nonviolent Peaceforce and Mr Alexander Hug from OSCE.

Rachel’s evidence to the sub-committee, based on thirty years of evidence from the work of NGOs protecting civilians, covered the opportunity and benefit of unarmed civilians using nonviolence to prevent and reduce violence. She covered the way that it breaks the cycle of violence, provides role models to community leaders rebuilding relationships, and makes the path to sustainable peacebuilding easier. Her evidence suggested that peacekeeping could be widened out to include both civilian and military approaches depending on the context and she drew on recent reports from the UN which highlight the contribution of unarmed civilians in preventing and reducing violence. ​ 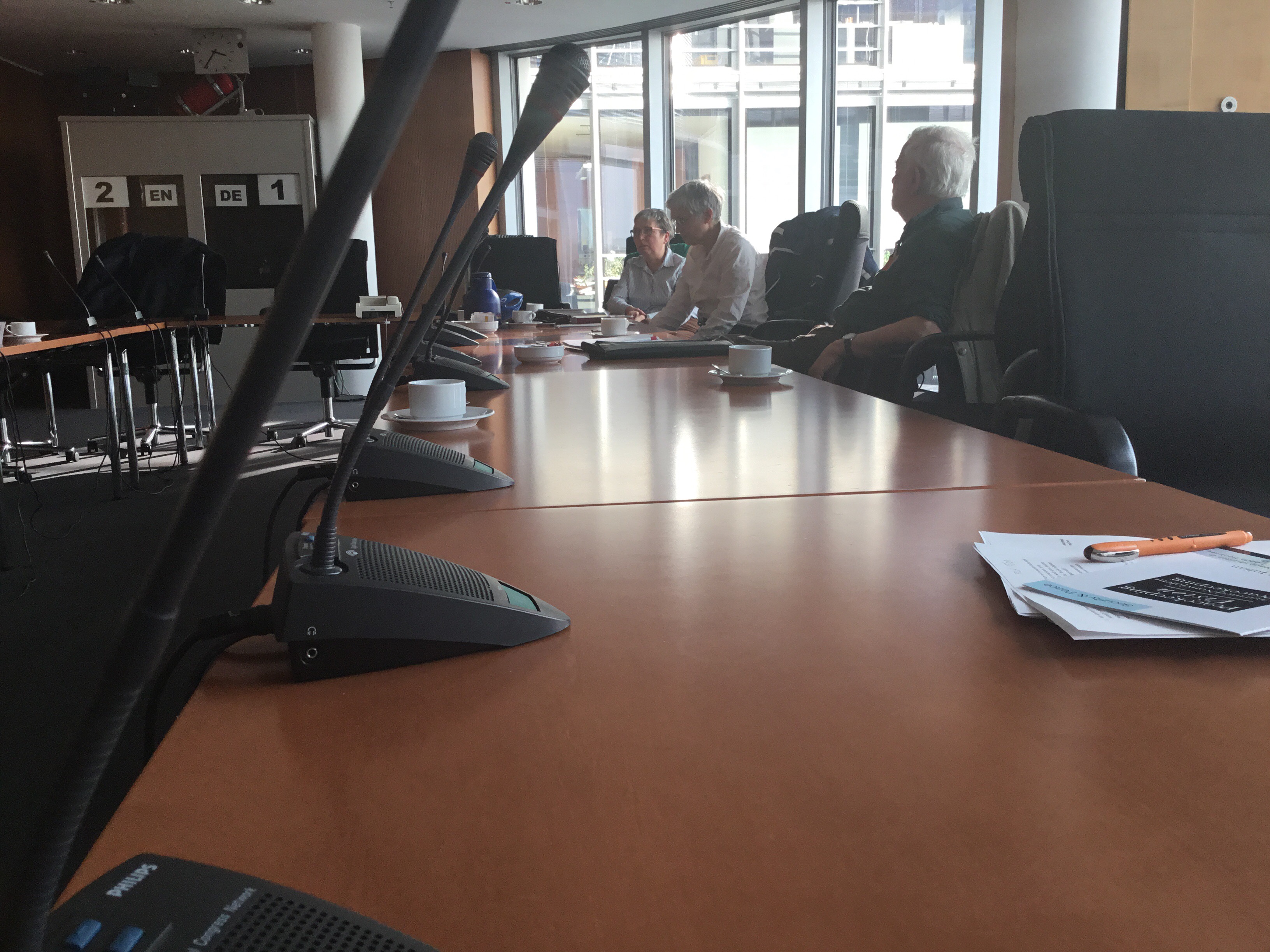